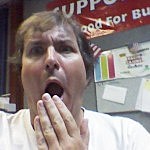 As I've gotten older I try to refrain from saluting with the middle finger but every now and then my immaturity slips out. Obviously we here in America aren't the only people with our own special signs. In fact there is a book, Rude Hand Gestures of The World, that you can get if you want to learn a few more. This is a great guide for travelers because what seems pretty innocent to us, could mean a great big butt whipping in another land. Who knew the All American thumbs up would get your face rearranged if you used it in Greece or West Africa. Well here are some of my favorite hand gestures and what what they mean.

Here in the good Ol' U.S.A. when someone cuts us off in traffic or when they aren't behaving in a pleasant way we all have our go to hand sign. I don't remember where I first learned how to make that sign or even how old I was when I learned but I do know I have had many occasions to use it.
This gesture, it looks a lot like a reverse hook-em horns that University of Texas fans often display. This gesture means anything but go team. In Brazil and the Baltics this fancy finger display means "your wife is unfaithful". 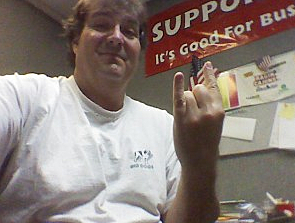 This gesture is sure to create quite a stir if you were to display it in the country of Jordan. Quite simply this finger to the nose doesn't mean something smells, it means I would like to have a physical relationship with you. You can Americanize the term if you like but I think you get the idea. 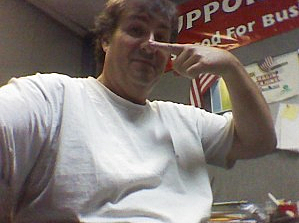 France is a popular place for Americans to travel and sometimes the people in France can be quite talkative. Even if you don't understand the language you can still desire silence. That is why a symbol for "please hush" or as we say in this country SHUT UP is needed. If you're in France just make your hand into the shape of a mouth and close the  lips! 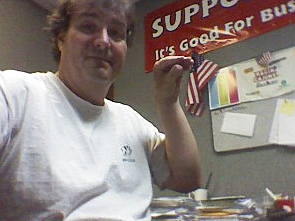 Here is a hand gesture from Brazil that could cause massive carpal tunnel syndrome in our nation's capital! This expression in which the hand is held flat underneath the chin means bull poop. That's right the organic droppings of the male bovine species and what comes out of politicians mouths is summed up in this eloquent expression. 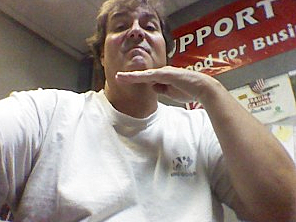 There are obviously more hand gestures than these if you have a desire to see them, know them or even use them. I suggest you do that "use them" at your own discretion you never know when an innocent scratch of the nose or tug on the ear could get you a black eye. I think I will just stick to muttering under my breath and keeping my hands to my self!
Filed Under: People, Travel
Categories: Music News
Comments
Leave A Comment
Fact or Crap – Should You Pack a Tennis Ball in Your Carry On Bag?
Lafayette Folks Tell All: What They Do in Hotel Rooms They Don’t Do at Home
YouTuber Calls Baton Rouge the ‘Most Arrogant and Imposing Society Ever’ [Video]
Acadiana’s Top Spontaneous Travel Destinations from Around the World
Using Uber & Uber Eats in Lafayette is About to Change
Louisiana Lands on 2021 Top 10 List of ‘Worst Roads in the U.S.’
A New Roundabout in Rural Kentucky is NOT Going Very Well [VIDEO]
Louisiana’s Holiday Forecast Could Change Some Plans
Where Can You Get Free Air for Your Tires in Acadiana?